One Team, One Purpose

The Willis High School Air Force JROTC program excelled at the Cadet Leadership Course (CLC) held at the University of Houston May 29 - June 4, 2022. The cadets brought home the “Top School Award” for outscoring the competition in academics, fitness, room inspections, uniform inspections and drill. They were ranked first out of 18 programs (approximately 270 cadets total) from the Houston and Dallas area.

CLC is an excellent opportunity that teaches AFJROTC cadets citizenship and leadership in a highly structured, focused and demanding instructional environment.  Its mission is to promote this development by preparing cadets for leadership roles in their units, schools, and local communities. The Houston area CLC is an intense week of academic and physical activities from 4 am to 10 pm each day.  It can be extremely demanding both physically and mentally, especially for those cadets who are not properly prepared for the experience. The activities during CLC stress team building, leadership, respect for authority, responsible citizenship, personal character, academic achievement, and finally health and fitness.

Additionally, SMSgt Bell earned his fifth consecutive “Outstanding Instructor Award.”  This award recognizes the “Best of the Blue” we have in all of AFJROTC. He is one of only 194 instructors out of nearly 1,800 instructors at 870 units worldwide to earn the award this year.

Colonel Jefferson said, “This award honors SMSgt Bell’s exemplary contributions and impact on our cadets, school, and community.  His dedication, hard work, and investment in our AFJROTC program represent the highest examples of Air Force Core Values:  “Integrity First, Service Before Self, and Excellence in All We Do.”

The objectives of the Air Force JROTC program are to educate and train high school cadets in citizenship and life skills; promote community service; instill responsibility, character, and self-discipline through character education, and to provide instruction in air and space fundamentals. Enrollment is open to high school students who are in the 9th to 12th grades.

Air Force JROTC is located in close to 870 high schools across the United States and at selected schools in Europe, in the Pacific, and in Puerto Rico. Air Force JROTC enrollment includes more than 125,000 cadets who do over 1.5 million hours of community service each year. 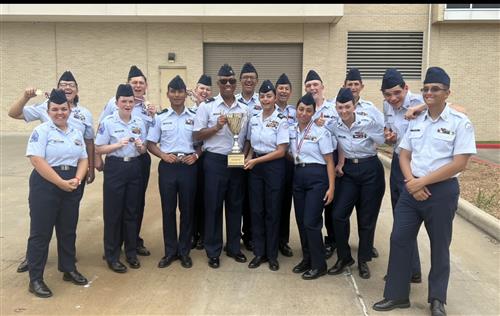 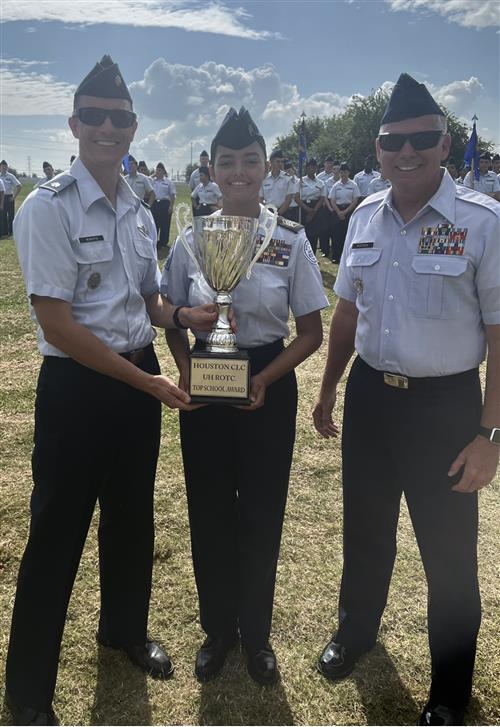